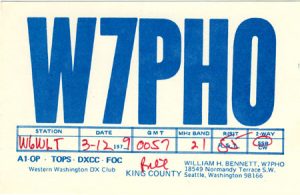 The William Bennett, W7PHO, Memorial Scholarship was established after the death of WWDXC founder and larger than life DXer Bill Bennett back in the 1989.  Initial scholarship funds we provided by Bill’s friends up and down the West coast and world-wide.  The endowment is maintained by the ARRL Foundation.

Please join us January 10 at 6:30PM Pacific via Zoom for a presentation by the T88WA team on their recent DXxpedition to Palau. The team will share how a fly-in expedition destination turned into anything but as they overcame many unexpected challenges to get on the air and end up in your log. An informal group begins to… Read More »